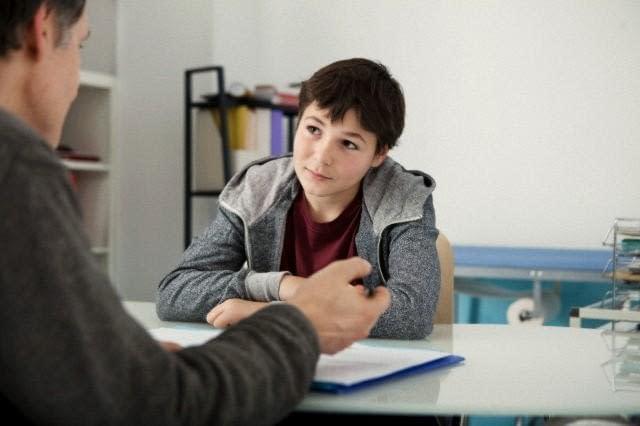 Autism spectrum disorder is primarily characterized by impaired social interaction and limited social-emotional reciprocity.  This impairment goes well beyond poor social skills and being socially awkward.  Children with autism spectrum disorder tend to have a disconnection in their response to others.  Although they may be aware of their environment and show interest towards objects and things, they tend to show very little interest in people or developing relationships.  They further struggle with understanding the meaning of relationships, engaging in imaginative play, and sharing enjoyment with others.  This core difficulty negatively impacts nonverbal communication surrounding eye contact, body language, gesturing, and facial expressions.  In general, these children are described as very socially and emotionally withdrawn, and “being in their own little world.”  Other symptoms that are present include restrictive, repetitive patterns of behaviors, or narrow and/or atypical interests.  They may have inflexible adherence to routines, difficulty with transitioning, ritualized speech or behavior, and exhibit sensory processing difficulties.  Emotional and behavioral difficulties, inattention, hyperactivity, learning challenges, language deficits, and/or intellectual disabilities often accompany autism spectrum disorder.

In order for a child to qualify for a diagnosis of autism spectrum disorder, the presenting symptoms cannot be better explained by another neurological, psychiatric, or developmental disorder, OR injury, disease, or illness.  There are several conditions that resemble or have autism-like symptoms such as developmental delays, language disorders, motor impairments, attention-deficit, anxiety, brain injury, chromosomal abnormalities, and severe emotional and behavioral disturbance – just to name a few.   For example, if a child has severe intellectual impairments that are contributing to impaired language ability, which is affecting social communication, and resulting in poor peer relationships, then a diagnosis of autism spectrum is not necessarily appropriate.  Another example is children with significant emotional and behavioral problems.  These children often exhibit challenges relating to their peers, making friends, reading social cues, respecting boundaries, sharing, and taking turns.  They may even be bossy, controlling, or rigid during social play.  However, they nonetheless desire social interactions and want to have friends.  Often they are described as overly-friendly, too-excited, and over-bearing, which is actually the core of their social difficulty rather than due to a lack or limited desire to connect with another human being.  Children with anxiety, especially those with above average intelligence are often misdiagnosed as having Asperger’s syndrome.  Children with anxiety often fixate, obsess, prefer routines, and do not transition well to change.  Gifted children often have narrow or sophisticated interests (e.g., researching species of bugs), which is often evident during conversation or social interactions with family and friends.  They tend to struggle relating to their same-aged peers because their interests are more mature.  Although their intellect may be advanced, their social development is not.  This results in a discrepancy, and as such, these children are seen as being socially awkward.  Additionally, many are described as logical, analytical, or concrete thinkers and therefore, struggle with sarcasm and teasing.  However, these children tend to desire social interactions, but their anxiety or different interests interfere with their social functioning.  A final example is children with ADHD.  They quite often have very poor eye contact and struggle engaging with others.  Their brains are processing information so rapidly (e.g., quickly switching from one topic or toy to the next), their body is at such a hyperactive state (e.g., constantly on the go), and they tend to react impulsively, thus, they struggle socially.  Specifically, they can’t sit still long enough to have a conversation, are too distracted by other things that they can’t sustain eye contact, and are too impulsive that they violate social rules and invade boundaries.  Nonetheless, they do indeed want to play and make friends.

With each of the above mentioned examples, if these hypothetical patients were given an autism symptom checklist, most symptoms would be endorsed.  However, just because symptoms are present, it does not necessarily equal an autism spectrum disorder.  Unfortunately, autism spectrum disorder is over-diagnosed.  Autism has gained significant amount of attention, which has increased awareness.  This is a good thing, but it also leads to misdiagnosis by those who may not fully understand the core features of autism spectrum disorder, and therefore may not consider other possible causes.  A similar phenomenon occurred in the 90s with ADHD.  A diagnosis of autism spectrum disorder should be made very carefully.  Considerable amount of time should be spent with the child, ideally several hours and over the course of multiple appointments.  A thorough evaluation should include gathering information surrounding medical, developmental, social, and family history, presenting concerns, behavioral observations, and formal testing examining core neurocognitive functioning and autistic features.  A 15 minute consultation with the child is not enough.

Whether a child has autism spectrum disorder or another disorder contributing to similar, yet equally problematic symptoms, treatment is nonetheless necessary.  Treatments aimed at improving social skills, functional communication, redirecting disruptive behaviors, addressing sensory and motor issues, and promoting improved attention and learning are most effective.  A proper diagnosis can contribute to a more specific, customized, and effective treatment plan, and therefore promote a better prognosis.