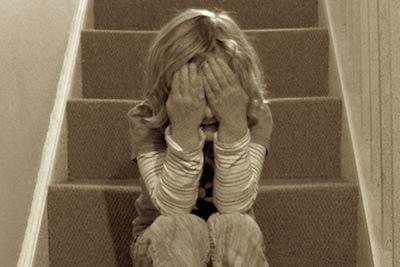 It is very common for very young children to exhibit temper tantrums, especially those who were described as fussy infants. However, if temper tantrums or severe emotional outbursts persist beyond preschool age, then it may warrant a specific diagnosis (e.g., disruptive mood dysregulation disorder, anxiety, oppositional defiant disorder, etc.). Neurological conditions also contribute to problematic and disruptive behaviors, as they impact the reasoning center of the brain that helps the child cope with disappointment or irrational fears (e.g., intellectual disability, attention-deficit, frontal lobe deficits, autism spectrum disorder, etc.). Language delays can also contribute to frustration and increased outbursts.

In general, symptoms are usually significant enough to contribute to emotional and behavioral problems that are interfering with the child’s ability to function. Symptoms of irritable mood (e.g., mood swings), anxiety, and disruptive behaviors are often present. These children are commonly noted to be angry and argumentative, and significantly struggle regulating their emotions and controlling their behaviors. They are prone to frustration and often exhibit frequent meltdowns, emotional outbursts, and temper tantrums when denied their way. Outbursts are usually very frequent, often occurring daily, and their outbursts may carry on excessively. Aggression, violence, self-harming, and threatening statements may be present as well, but not necessarily. Older children may be more prone to depression, violence, destruction of property, rule-breaking, and defiance.

Worth noting is that although defiance, disrespect, and aggression are commonly present, the primary cause or core of the issue is often due to poor regulation of emotions or anxiety. Children who present with mood dysregulation struggle coping with disappointment. Anxious children struggle with losing control over things that happen to them. In either case, when told “no”, their poor ability to reason causes them to view the situation as detrimental as if the world has just ended. As such, they act out excessively to get their way in attempt to reduce their distress.

Emotional and behavioral disorders usually are attributed to brain development and environmental circumstances, but often improve with age and intervention. Family-based intervention works best. Medication may also be useful, though should always be used in conjunction with behavioral intervention.