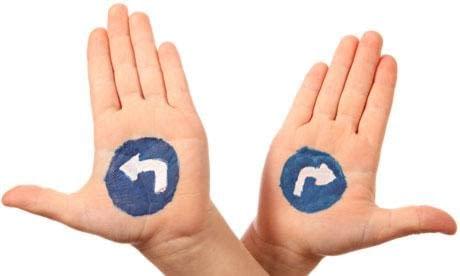 Dyspraxia is a disorder characterized by challenges surrounding motor functioning impacting movement and/or speech. Specifically, a child’s ability to plan and carry out motor tasks and interpret sensory information is problematic. Dyspraxia is not caused by a weakness or paralysis, per se, but rather it is caused by a neurological abnormality (or damage) of the part of the brain that controls the muscles of the body. There are several types of dyspraxia. Developmental dyspraxia occurs in children and is present from birth or very early on. Acquired dyspraxia may result from injury, stroke, or illness (most often seen in adults). Apraxia is a more severe form, and the child may lack the ability to carry out intended movements or even speak. Dyspraxia, however, is more common.

Verbal dyspraxia, sometimes referred to as dyspraxia of speech, is a condition that impacts articulation and enunciation of sounds and words and involves the part of the brain that controls the muscles of the face, tongue, and lips. Language and speech delays are common. In some cases, organization of speech/language can be impacted as well. The child may have a tendency to mix up letters, words, or sounds, and produce and use gibberish. In some cases, they struggle getting words out. As such, they are often difficult to understand. However, many of these children are trying to communicate, and often use correct prosody, inflection, and appropriate gestures. Oral dyspraxia involves non-speech movements such as blowing, puckering, sucking, licking, and swallowing. The usually demonstrate problems with drooling, drinking from a straw, whistling, etc. Picky eating and problems with food textures can be common as well. Although not always the case, verbal and oral dyspraxia commonly occur together.

Motor Dyspraxia involves the programming of hand or whole body movement. Symptoms vary and may include poor posture, balance and coordination problems, clumsiness, and perception difficulties. Sensory processing challenges (e.g., sensitivity to touch or loud noises, food aversion, etc.) are often seen among these children as well. Generally, children with the motor dyspraxia struggle with proprioception, meaning that they are often “out of sync” with their environment. Typically, these children step on other’s toes, bump into others, invade personal space, and have problems executing daily motor tasks (e.g., buttoning, dressing, riding a bike, etc.). Although individuals with motor dyspraxia often have average intelligence, they may behave immaturely and struggle socially.

Dyspraxia can be more global, meaning that motor, verbal, oral-motor, and sensory problems are present. It is not uncommon for other challenges to occur as well including learning, attentional problems, social difficulties, and/or emotional and behavioral disturbance. Children very often benefit from occupational and speech/language therapy, as well as other forms of behavioral intervention.